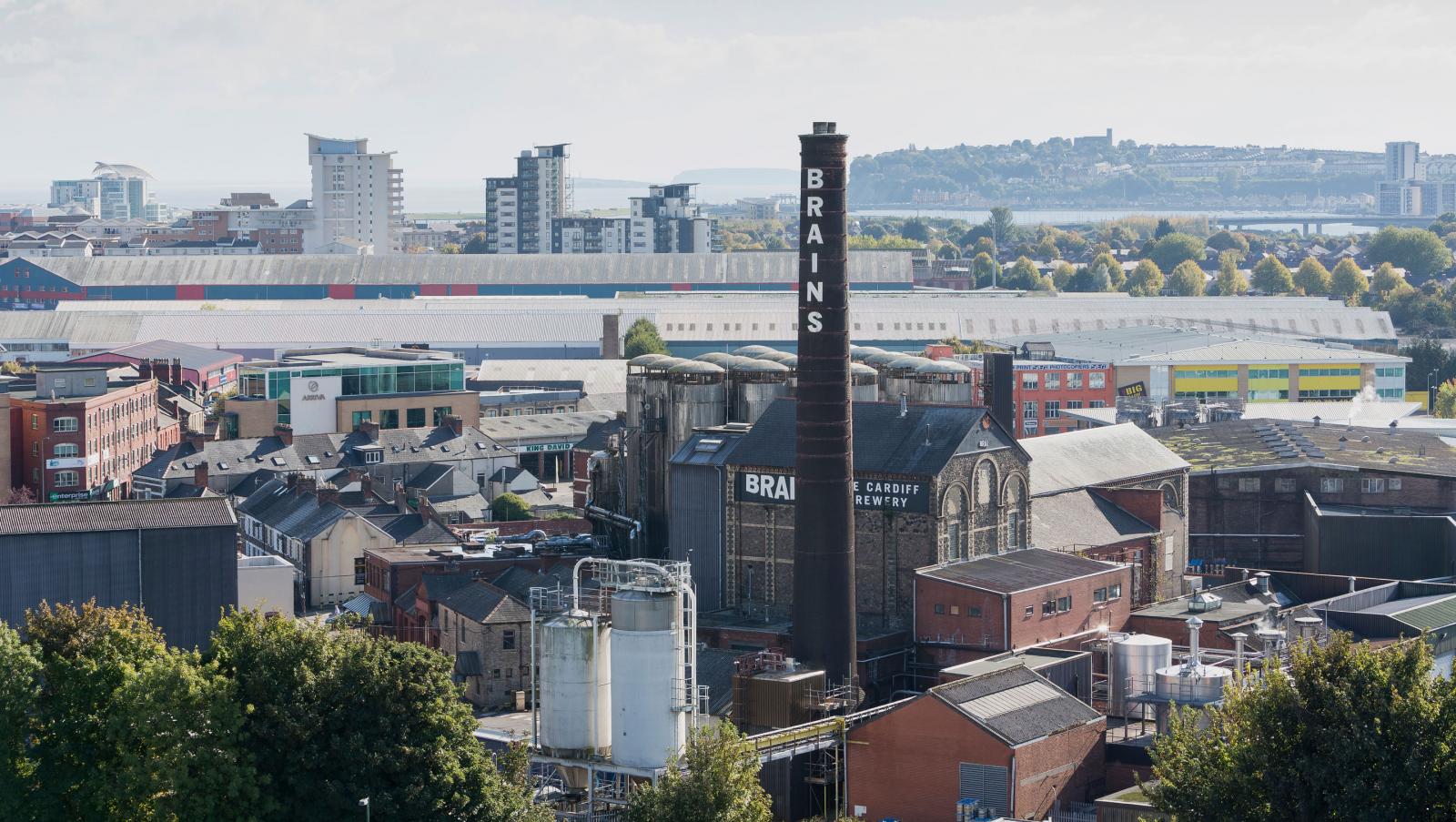 Home to the Champion Beer of Britain 2015 with Tiny Rebel Brewing, Wales’ real ale and craft beer scene is on the rise. It also boasts a wealthy brewing heritage and Brain’s Brewery is at the heart of this. Founded in 1882, it is still a proudly Welsh family owned business and is the most prevalent brewery in the country with a huge operation including 250 pubs.

There are currently 78 Welsh breweries, combining a great independent brewing heritage with modern practices. If you are visiting Wales then you're in for a treat, as the new and old compete for a place on your new favourites list. There is a place for newcomers such as Brecon Brewing just as there is a place for many of the stalwarts such as the Rhymney Brewery located at the World Heritage Site of Blaenavon.

Read on for a full list of breweries in Wales.

The Brief history of Welsh beer

Brewing in Wales has a long and rich tradition. In the middle ages, Welsh brewers produced a strong ale called bragawd or braggot, laced with honey and spices to give it an extra kick

In the 19th century, the temperance movement cut down on brewing across the UK, yet brewing tradition survived the test of time. Founded in 1882, the country’s leading brewing center Wrexham was largely shut down, though its pioneering lager brewery, Wrexham Lager, was recently revived.

From the 1980s a fresh wave of craft brewers emerged to meet the demand for local cask beer, and since then Wales has enjoyed a major brewing renaissance. Modern breweries across the country are producing a wide range of quality bitters, dark ales and stouts, with something for every taste.‍

From the flat coastal plains and valleys in the South  to the ranges of hills and mountains in Mid and North Wales, the rich heritage of Welsh beer spans the dynamic landscape of Wales.

If you’re exploring North Wales, look out for modern, progressive craft beers from the Llandudnothe-based Wild Horse Brewing Co and the multi award-winning Purple Moose Brewery, based in a historic harbour town by the mountains of Snowdonia. The region is home to some of the finest Welsh beers, blending both ancient and modern tradition.

From the rolling hills of the Brecon Beacons to the spectacular scenery of the Ceredigion Coastline, this central region hosts a great range of Welsh breweries. Founded in 1878, Felinfoel is the oldest brewery in Wales. The Felinfoel Brewery brought beer drinkers the world’s first craft ale in a can in 1935, making them the oldest canners of craft beer. Home to the more award-winning Heart of Wales and Monty’s Brewery, Mid Wales has a great selection of quality beers across the region.

The South West is a hub of Welsh culture, with gorgeous scenery and a rich brewing history. Home to Cardiff-based Brains, still operating as the most prevalent brewery across Wales, the South West is also a popular spot for newcomers like Swansea’s Tomos Watkin and farm-based microbrewery Bluestone Brewin, located in the heart of the Preseli Mountains.

Like anywhere in the world now, you won’t be arriving into Wales too far from a beer festival to sample a selection of the finest local ales. Wales has a number of festivals on their calendar now, including;

Map of breweries in Wales

Here, we list breweries that we’re currently aware of in Wales. If you can’t see a brewery that you know of on here or the information we have for any of the breweries listed is incorrect then please email us directly on hello@thebrewerybible.com and we will update it as soon as possible.

Like anywhere in the world now, you won’t be arriving into Wales too far from a beer festival to sample a selection of the finest local ales. Wales has a number of festivals on their calendar now, including;