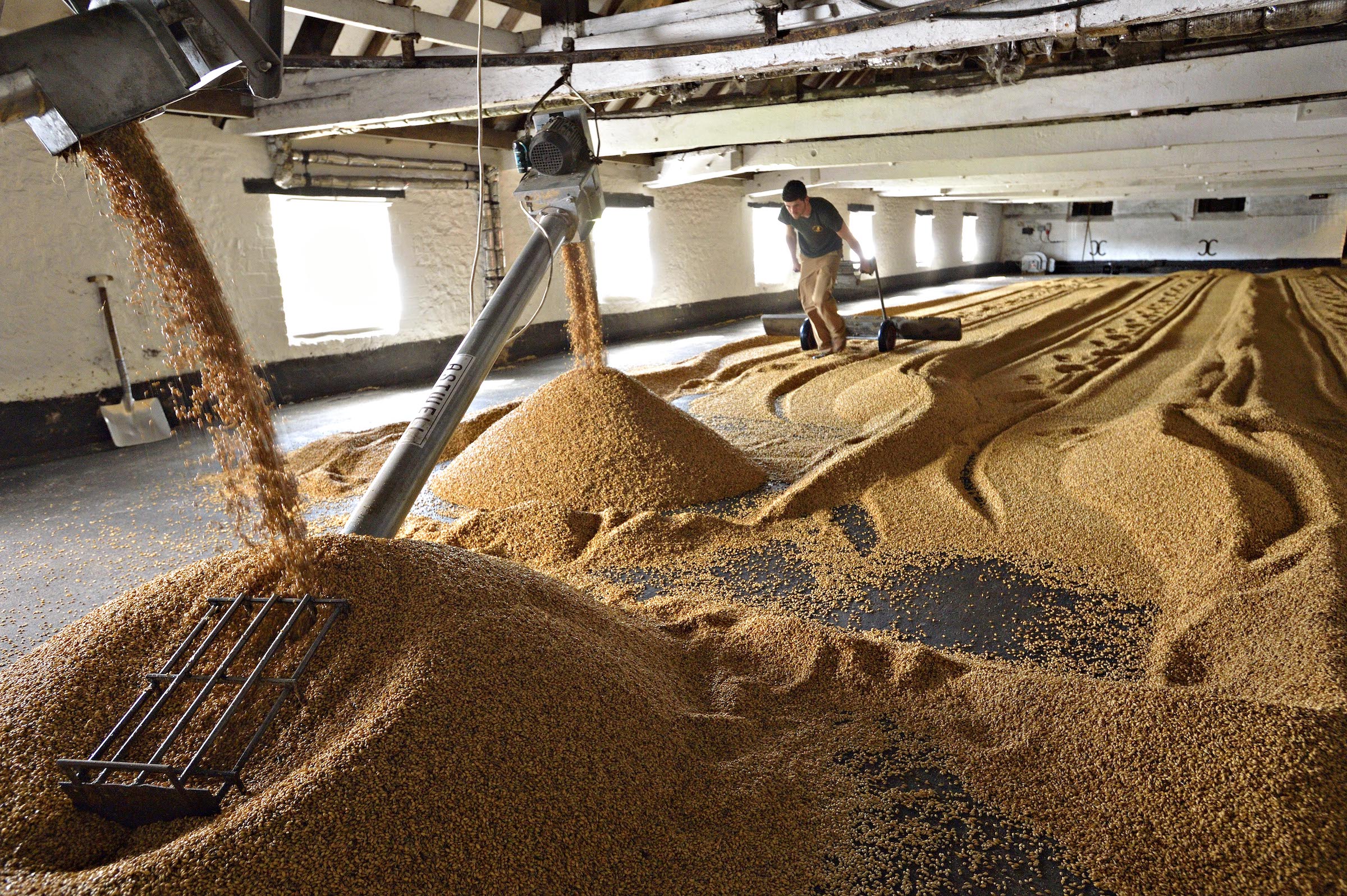 The Malt Stars of Warminster

glass of beer starts in a golden-brown field of barley swaying in a gentle breeze and ripening slowly beneath the beneficent rays of the warming sun. Then the farmer turns up with a harvester and next stop is the maltings, whereJohn Barleycorn is tricked into sprouting before being rudely interrupted and taken to a kiln to be dried and made ready for a brewery, where its marriage with water, hops and yeast leads to that glass of beer that so gladly slakes our thirst.

After the closure of Tuckers Maltings in Newton Abbot last year there is now only one of its kind left in the South West, Warminster Maltings, based in the sleepy market town of the same name. ‘We are the oldest working maltings in the UK,’ says head maltster Chris Garratt, who in 1994 led a management buyout when its then owners Guinness were about to close it. ‘We’re also the only one that uses the traditional floor-malting technique, we are a survivor.’

In 1720, there were 36 maltings in Warminister, but the 19th century saw the start of a decline and as Garratt says, this solid, venerable building sitting down a road off the centre, originally built in the 18th century and remodelled a century later, is a survivor.

Warminster Maltings also has a special place in the history of malted barley — it was once owned by Edwin Sloper Beaven, who back in the late 19th century bred Plumage Archer, the very first recognised malting barley, which most British strains can trace their ancestry back to. Nowadays the maltings is owned by seed merchant Robin Appel, who is lauded in the brewing industry for being the man who has kept the Maris Otter barley variety alive and thriving (it celebrated the golden jubilee of first being used several years ago).

Barley comes from local farmers in the South West, as well as from others in the barley growing areas of southern England, while South West breweries are supplied, as well as others throughout the UK, and in the USA, Scandinavia and Europe. ‘We are the spiritual home of modern malting barley,’ says Garratt, ‘the custodians of something very special and moreover we sit in the heart of beautiful barley growing country. People love visiting us, it shows the rich heritage we have here.’

Tours can be booked, but only by arrangement and in groups of 20 or more. See www.warminster-malt.co.uk/visitors-to-maltings for more details.

If you would like to read the rest of this interesting article and more great content about beer and the South West brewery experience then purchase a copy of The Brewery Bible SW Edition.