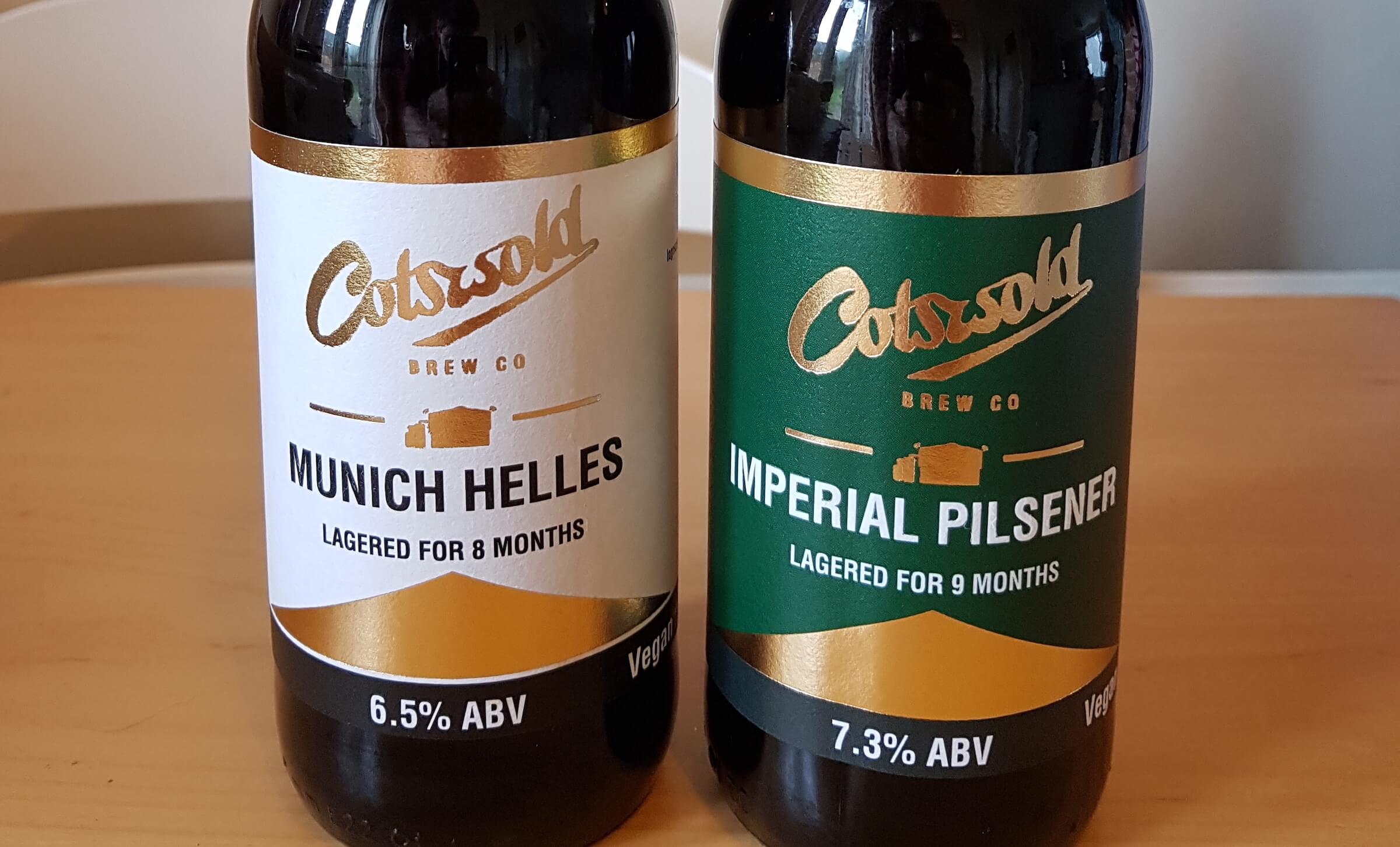 The evolution of lager

or many years lager has had negative connotations in the UK and has often been misunderstood and overlooked by many a seasoned ale drinker. During the 1980-90’s lager was something more associated with football violence and rowdy Brits abroad than something you would pair with a spicy curry or a beautiful fish dish. The term ‘Lager Lout’ certainly didn’t do anything to boost this image. It could be argued that poor publicity and a lack of education was responsible for this, fortunately, for some, the tide appears to have turned.

Lager is often wrongly labelled as a style of beer, in fact lager is not a style, but a whole subsection. Lagers can be pale, amber or even dark, ranging the light coloured Pilsner right up to the stout like Schwarzbier.

The term ‘lager’ comes from the German, Lagern ‘to store’, and ‘lagering’ aka ‘maturation’ essentially means to store in cold temperatures, generally around 1 or 2C. Unlike ales which are top fermented in warm conditions, lagers are bottom fermented at cooler temperatures. Due to this Lagers require a slightly different strain of yeast although ale and lager yeasts are both closely related.

Historically lagers originate from Northern Europe, in the areas of Germany, Czech Republic and Austria 3 , some of the most popular styles of Lager such as Pilsner, Helles and Vienna find their origins in this region. The city of Pilsen in Czech Republic is the location of the Pilsner Urquell Brewery, the birthplace of the first pale lager, hence the name Pilsner.

The UK’s relationship with lager‍

Some argue the UK’s love of Lager was borne from the increase in package holidays to continental Europe during the early 1970’s. Brits were returning having drunk lager on their holidays and began to demand something different to the traditional British cask ale. Also the crisp, citrus flavour of the Pilsner lager was seen as slightly more suited to the female palate. Suddenly there was another option at the bar, the Brits loved it, the love affair continued and in 1989 lager outsold real ale for the first time.

However like most things, with popularity came controversy. Lager was relatively cheap and easy to drink; this made lagers and more correctly the Pilsner, the drink of choice for those that wanted to drink a lot in a relatively short space of time. This earned lager nicknames such as ‘Wife Beater’ due to links between excessive drinking and domestic violence. During this time lager also often had a higher ABV than some of the more traditional British cask ales which didn’t help this stereotype.

Brands like Carlsberg, Stella Artois and Heineken became household names, with popularity also came mass production. To keep up with demand and the fierce competition for space on the supermarket shelves and bars, brewers had to resort to increased mechanisation and shorter maturation periods.

This had two key effects, a price war and a perceived reduction in quality and flavour. Both of these could be subjects for articles in their own right. Suffice to say lager became cheaper and consumption increased!

In addition the distinction between the various lager styles became blurred. The term ‘lager’ became a commonplace term when referring to a Pilsner, and as a result other styles of lager such as the Munich Helles, Vienna lager and classic Bock struggled to compete.‍

The ‘craft beer revolution’ was driven by a number of breweries in the USA and a small, but ever increasing number of new breweries in the UK. West Coast and New England IPAs were appearing in pubs and specialist bottle shops across the country. Initially lager did not play a large part in this, perhaps in part due to the image of lager created by the media and the perception by some that lager was a second class drink.

As the popularity of craft ales increased however, some of the new craft breweries as well as some of the more established American brewers started introducing lagers to the market. In 2010 Camden Brewery was established, and shortly after this they started to produce Camden Hells their signature lager which actually combines two different styles the Helles and the Pilsner. This was followed in 2012 when Samuel Adams struck an agreement with Kent based Shepard Neame to start brewing their flagship Boston Lager. Samuel Adams is a Vienna Lager, darker in colour than most in the UK were use too. The fact that some of the first ‘craft lagers’ to hit the pubs and bottle shops of the UK were not Pilsners may have been the catalyst for change. Ordering a lager in Wetherspoons didn’t automatically mean ‘pilsner’. Those who would have traditionally reached for a malty, citrusy and frankly flavourless macro lager were being presented with the option of deeper more flavoursome beer. This situation improved further when in 2016 Brooklyn Lager from New York began distributing their Lager in Europe.

Personally I first discovered craft beer around 2014, however the thought of drinking a lager just brought back memories of my teens, memories of drinking cheap, fizzy macro lager. This was until a friend returned from a trip to Dublin and informed me that Guinness had started to brew a lager. Initially I was sceptical, but he said ‘try it’ and that’s exactly what I did! The lager in question was ‘Hop House 13’, a 5% ABV dry hopped lager brewed using Galaxy, Topaz and Mosaic hops. I remember trying it for the first time. I have to admit I was pleasantly surprised, I hadn’t realised that a lager could taste that flavoursome. Caramel, bready and slightly floral, maybe there was more to lager than I had released.

Like me, many others were being educated and converted to this new breed of lagers. Guinness and Camden were soon joined in this lager revival by the likes of Brewdog with ‘Kingpin’, Meantime with ‘London Lager’ and Beavertown with ‘Beavo’.

As the popularity of these new lagers increased so did the availability; they were now available in the supermarket aisles alongside the more established macro brands. These new lagers were also helping rebuild the image of lager, top chefs, beer writers and other columnists were now talking about lager in a different light.

Many craft brewers in the UK have experimented with lagers in some form, lots even have a lager as part of their core range.‍

In early 2019 I was introduced to two breweries who solely produce fresh British lagers. Cotswold Brew Co from Gloucestershire and Utopian Brewing from Devon both focus on using the best British malts to produce Germany and Czech inspired lagers. Cotswold have started experimenting with long maturated Helles and Pilsners’ in an attempt to deliver even more flavour from their brews, whilst Utopian have focused their brewing around sustainability and using 100% British Ingredients.

When I tried both the Cotswold and the Utopian I can honestly say how impressed I was by the depth of flavour they delivered. Proof that when you use quality ingredients and have a skilled and passionate brewer lager is much more than just a fizzy alternative to a cask ale.

Whilst it is still possible to go to your local supermarket and buy 18 cans of Stella for £15.00 it is also true that the UK consumer now has much more choice; not only in the quality of lager they buy but also the style. Pilsners, Helles, and Vienna lagers all sit side by side on bars and supermarket shelves across the country.

Education is the key, if the public become aware of the exciting flavours and super fresh lager alternatives available, maybe, just maybe they’ll think twice the next time they order their regular pint!

This article was written by our guest blogger, Martyn Palmer of Beer2Eternity. Check out Martyn on Instagam here. Is Instagram handle is @beer2eternity