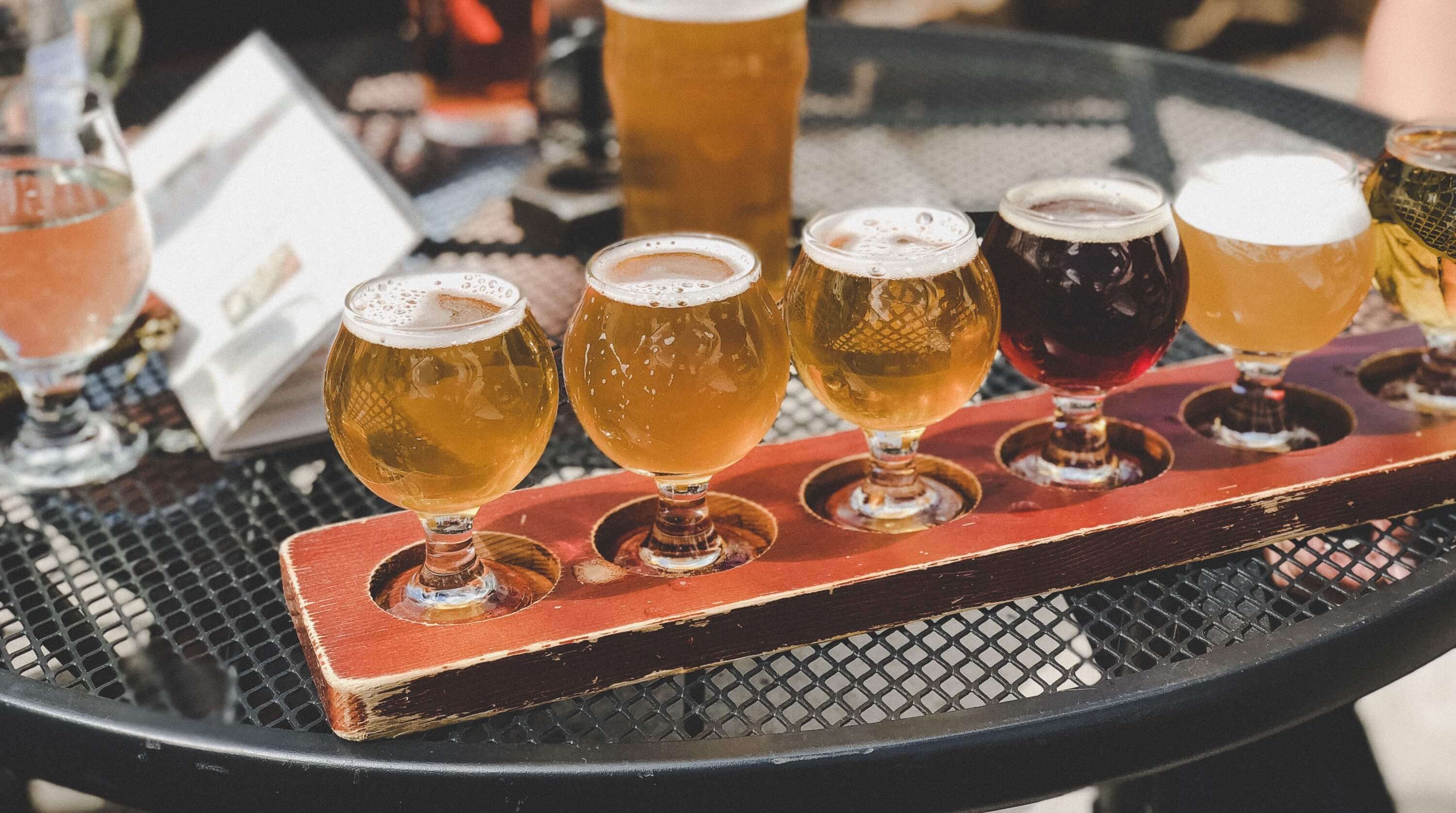 tarting just over 2-miles north of central Wolverhampton and finishing right next to Kidderminster train station The Black Country Brewery Tap Tour is a challenge for adventurous beer-lovers who want to sample some of the best beers in the region right at their source.

Ranging from Hail to the Ale in the North to The Weavers Real Ale House in the South at Kidderminster, this trip, with the right amount of preparation and investigation of public transport, can be done in a day or perhaps it’s better achieved, or enjoyed, over a weekend!

Start your perambulation with Hail to the Ale a corner micropub belonging to Morton Brewery. There are usually four cask beers on, with at least one from Morton while bar snacks include pies, cheese, sausage rolls and Scotch eggs.

The Waggon & Horses in Tipton has long been a favourite for the beer tourist, partly because it always has seven cask beers on and also because since 2004 it has been the home of Toll End Brewery, whose beers are at the bar along with guests.

Next stop is the Park Inn in Woodsetton, Dudley. The pub is right next to Holden’s Brewery and regularly serves four of its beers, including its Black Country Mild, a traditional beer of the area. Food is also served (but not on Sundays) and it can get busy as the day wears on.

Next on your tour is the historic Beacon Hotel in Sedgley, Dudley, the home of Sarah Hughes Brewery, famous for its 5.9% Dark Ruby Mild. Built in the 19th century, this is a solid-looking building with a redbrick tower brewery at the back.

Now let’s take a trip to the Jolly Crispin, the home of Fownes Brewing. This has been a pub for 200 years and as well as featuring beers from its parent brewery, other regulars include Oakham’s Bishop’s Farewell.

We’re remaining in Dudley for a visit to The Old Bulls Head, owned by Black Country Ales. An attractive looking redbrick Victorian-era pub, this is also the home of Black Country Ales and its beers naturally feature at the bar-top.

In 1974, the Old Swan Inn was one of the last four remaining brewpubs in the UK (and also known as Ma Pardoe’s). There was an interregnum in brewing between 1988 and 2001, but the brewhouse is kept busy these days with five of its beers regularly available at the atmospheric pub. A real historical gem.‍

The Fixed Wheel Tap House can be found in Blackheath, where there are 10 key and six cask beers available. Dog and child-friendly, it is open weekends and the brewing team are usually on hand for those interested in the process.

Opened in 2019, the Beat Brewery Taphouse is next door to Sadler’s Brewhouse and more significantly only a stone’s throw from Lye train station. This makes it a reasonable place to start or finish if you can’t complete the whole tour. The light and airy modern taphouse has keg, cask and bottles available but is only open on Fridays and Saturdays.

Originally home to a brewery of the same name from 1900-27, the Windsor Castle Inn was where Sadler’s Ales begun brewing in 2004 before moving to their new brewhouse, also in Lye. However, with a member of the Sadler family running the Inn, this is a place to drink deeply of their beers.

It might lack Victorian fittings and a history going back to the days of Moses, but Green Duck Brew Co’s Badelynge Bar is an excellent laid-back place to sample their freshest beers. Note, open at weekends only.

Craddock’s Brewery call The Duke William in Stourbridge home, a lovely looking redbrick corner pub with a cosy interior. Craddock’s beers are naturally available, along with guests, while brewery tours can be arranged in advance.

Bathams is a well-loved Black Country brewery and you can sample its Mild and Best Bitter right next to the brewery at The Vine Inn, or Bull & Bladder as it’s known locally (bathams.co.uk/pubs/the-vine-inn). This is a real community pub, with several rooms including a snug, lounge and back bar.

The final stop of the Black Country Brewery Tap Tour is The Weavers Real Ale House in Kidderminster, where Pig Iron Brewery’s beers are available, alongside a sparkling selection from other Midlands breweries. A one-room pub, comfortable and cosy, where conversation and beer are the order of the day.