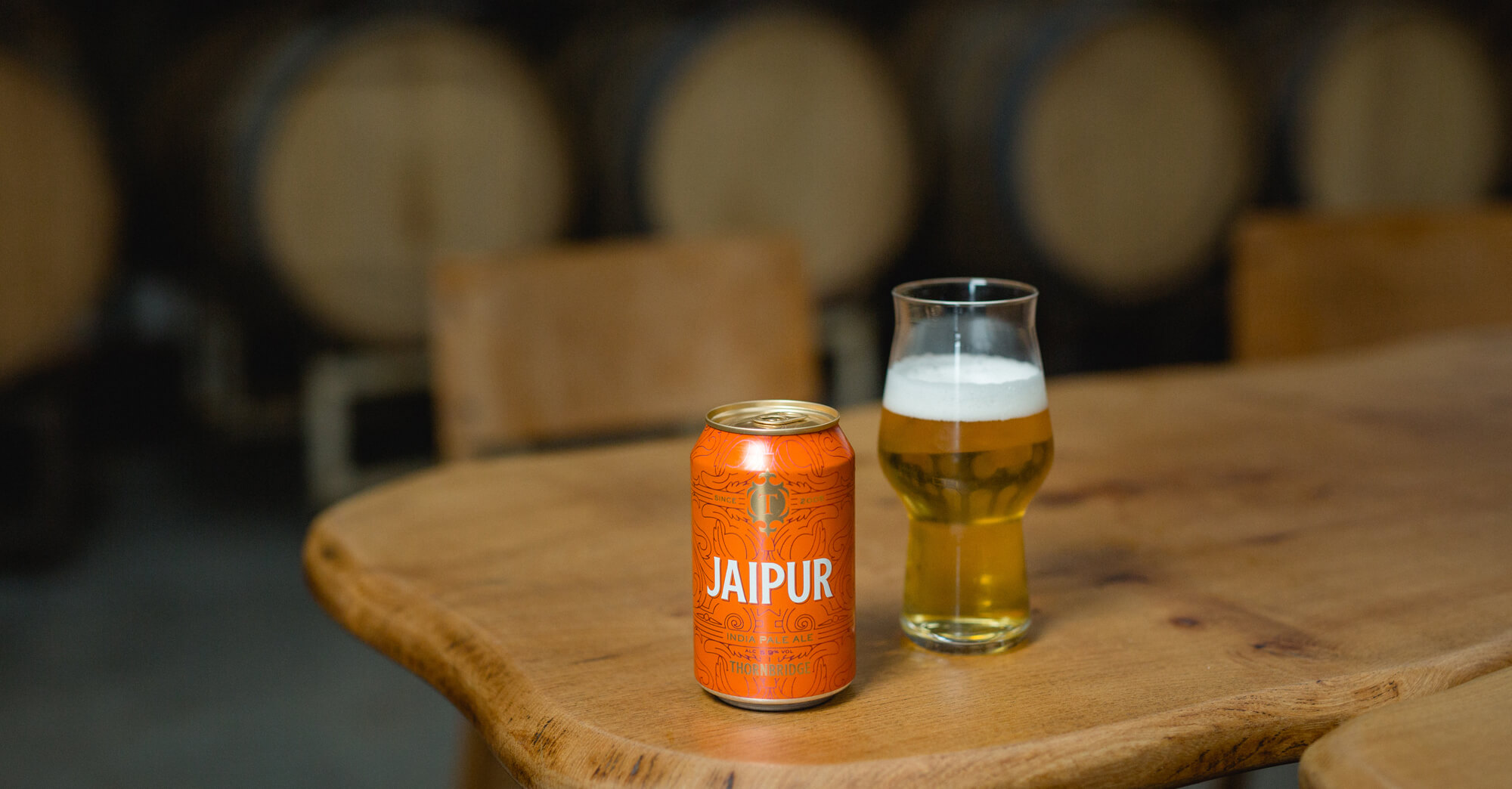 I was in a pub in Sheffield several months back and it was my round. ‘Surprise us,’ came the cry from the rest of the table as I asked everyone what they wanted. So I went to the bar, had a look at the taps, which had a weird and wonderful variety of different craft beers, but settled for Thornbridge’s Jaipur, which everyone devoured with gusto. Sometimes the best things in life are easy.

Jaipur is a beer I have loved from the first time I tried it back in 2006, entranced by its vibrant and colourful tropical fruitiness on both the nose and palate, and it's dry, crisp biscuitiness before the bitter, dry and fruity finish. It has never let me down, whether dispensed from cask or a keg. This is a beer I have always liked to contemplate and study before drinking deeply of it and it is truly one of the most influential beers of the last 15 years. It is an icon and a friend, a craft beer standard and the beginning of a trend, that would spawn a whole host of IPAs, Double IPAs and — probably — Milkshake IPAs (though Jaipur has always had a bright and gleaming clarity about it).

Simon Webster is Thornbridge’s Chief Executive Officer and back in 2005, when the beer was first brewed, he recalls tasking the brewers (one of whom was a certain Martin Dickie, later to co-found an outfit called BrewDog) to come up with something different.

‘At the time there wasn’t anything like Jaipur in the market (hard to believe I know with how commonplace IPA’s and DIPA’s seem now!), so we wanted to brew an IPA which packed a real punch in terms of both flavour and ABV.

‘At that time we had no brewing heritage so we wanted to create something to break the mould. We thought it was a great beer but when the awards started coming in I think it did take us by surprise, from the first gold medal for Beer of the Festival in Sheffield they kept on rolling in. It was when the phones started ringing off the hook with orders that we realised we’d done something pretty special.’

In some ways, this was an international beer. It looked to the US craft beer scene for its marvellously hoppy character, while the name comes from the Indian city with its famous pink walls (which is why the beer’s label is the same colour), where Thornbridge founders and owners Jim and Emma Harrison were married.

As Webster says, this was a beer that was very much on its own in 2005, and it has also survived and continues to impress and win awards. ‘There are a number of reasons for its survival,’ he says, ‘for many people who contact us Jaipur was an entry point into the world of beer for them and there is an element of sentimentality to that. I think there is also a lot to be said for quality and consistency, our brewers are incredibly passionate about the beer and ensuring each and every pint tastes exactly as it should be.’

The hops used are the American varieties Chinook, Centennial, Ahtanum, Simcoe, Columbus and Cascade, which give it that energetic and zesty fruitiness and despite its 5.9% ABV it is an easy drinking beer. It is also a beer that Webster recommends to be drunk young and fresh.

In 2015, Jaipur was joined by Jaipur X, an annually brewed 10% DIPA, which definitely demands to be treated with respect. ‘We wanted to brew a beer to celebrate our 10th anniversary,’ says Webster, ‘so really it had to be a Jaipur related beer and it had to be 10%! It’s an absolutely smashing beer and it sneaks up on you a little — we still have people asking for it year after year which is testament I think to how good it is.’

Jaipur: so good they named it twice…

If you are visiting the Midlands then some other IPAs to look out for whilst in the region are;