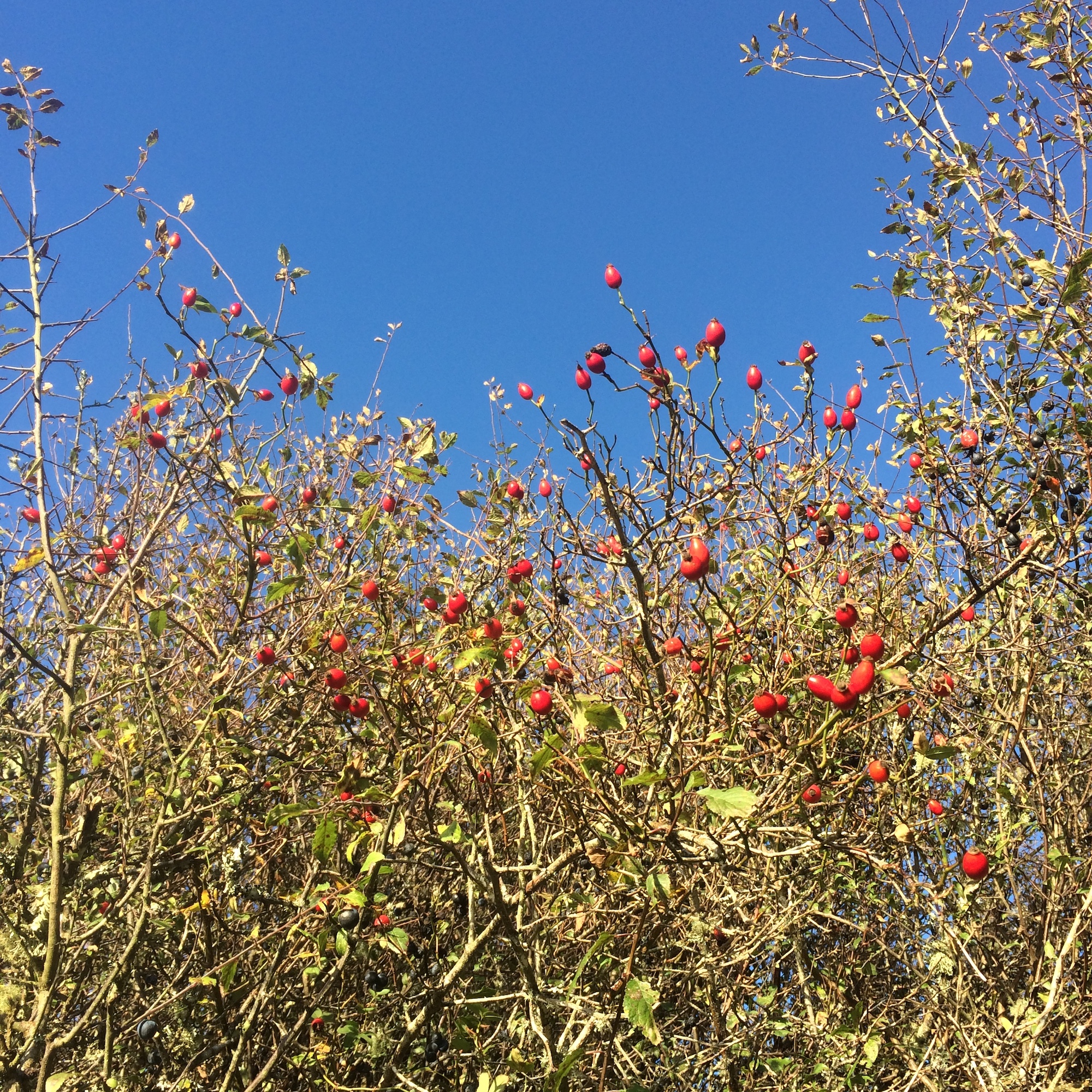 hildhood memories of picking blackberries fora Sunday afternoon crumble and rose hips to make syrup, or more recent ones of hunting wild garlic that can be turned into a piquant pesto. A lot of us will have, at some stage in our lives, been involved in foraging for wild foods before heading off to the supermarket to do

a big shop. However, there is a small group of breweries for whom foraging is a way of life and a channel to introduce new and complex flavours to the beers they make. Here in theSouth West, in Cornwall and far away to the east in Somerset, we find Woodman’s Wild Ale andYonder Brewing out amongst the hedgerows, woodlands and seashores in the hunt for ingredients that can work magic alongside beer’s more traditional ingredients.

Stuart Woodman of Woodsman’s Wild Ale in Cornwall is a former home-brewer and has taught foraging and wild food for a number of years. ‘For me,’ he says, ‘the appeal of using foraged ingredients in beer is that it can add a whole extra dimension on top of different malts, hops and yeasts, working in harmony with the other ingredients. It also gives a sense of 'terroir' to a beer, rooting it in a place as well as a season. I forage in and around the part of Cornwall where I live and where the brewery is based, having built up a mental map of what's growing where and at which time of year. Certain ingredients work better than others and some that work well are hard to gather in sufficient quantities, so maybe only appear in a special one-off batch.’

Over at Brew Yonder, close to the Somerset-Dorset border, founder Stuart Winstone has also long been a keen forager, even before he began brewing. ‘It was my love of fungi which turned me on to brewing beer and baking bread,’ he says. ‘It was this fascination with yeast which lead me towards the mixed culture, spontaneous, wild and sour beers that we specialise in at Yonder. This has now gone full circle, by incorporating these wild ingredients into wild beers and was the premise by which we started the brewery.’

For both breweries ingredients that they will look for include fruits such as wild cherries, strawberries, raspberries, plums and elderberries, while a trip to the seashore will uncover sea arrow grass (which according to Woodman tastes like coriander) and the delicately salty sea purslane. However at Brew Yonder, Winstone is not so keen on using seaweeds, though he is enthusiastic about the battering qualities of bog myrtle, which incidentally was a traditional ingredient in medieval gruit (an ale flavoured with herbs rather than hops). ‘Then there are spring and summer flowers to play with,’ he says. ‘It’s all about tasting and experimenting.’

For both of them, trees are fruitful sources of flavour with Winstone pointing out that ‘tree barks can be a great source of flavour and tannins and are available all year’. Meanwhile Woodman has recently made a Quadrupel, which features acorns, oak leaves, oak moss and is going to be aged in oak barrels. ‘Sometimes the style of beer is dictated by the foraged ingredient,’ he says, ‘but other times it’s more of a conceptual idea.’

Foraging is not just about going out into the wild. Sometimes, garden favourites make their way into the brewing process as Winstone explains: ‘trees like Sumac and Magnolia which are grown as ornamentals, provide some excellent flavours. Sometimes they reseed in the wild, but most of the time it's a case of polite conversations with people who are usually more than happy to share the fruits of their garden after asking many questions about what we will do with them.’

So if you see someone in your garden, don’t worry, it’s probably just your local brewer.

If you would like to read the rest of this interesting article and more great content about beer and the South West brewery experience then purchase a copy of The Brewery Bible SW Edition.