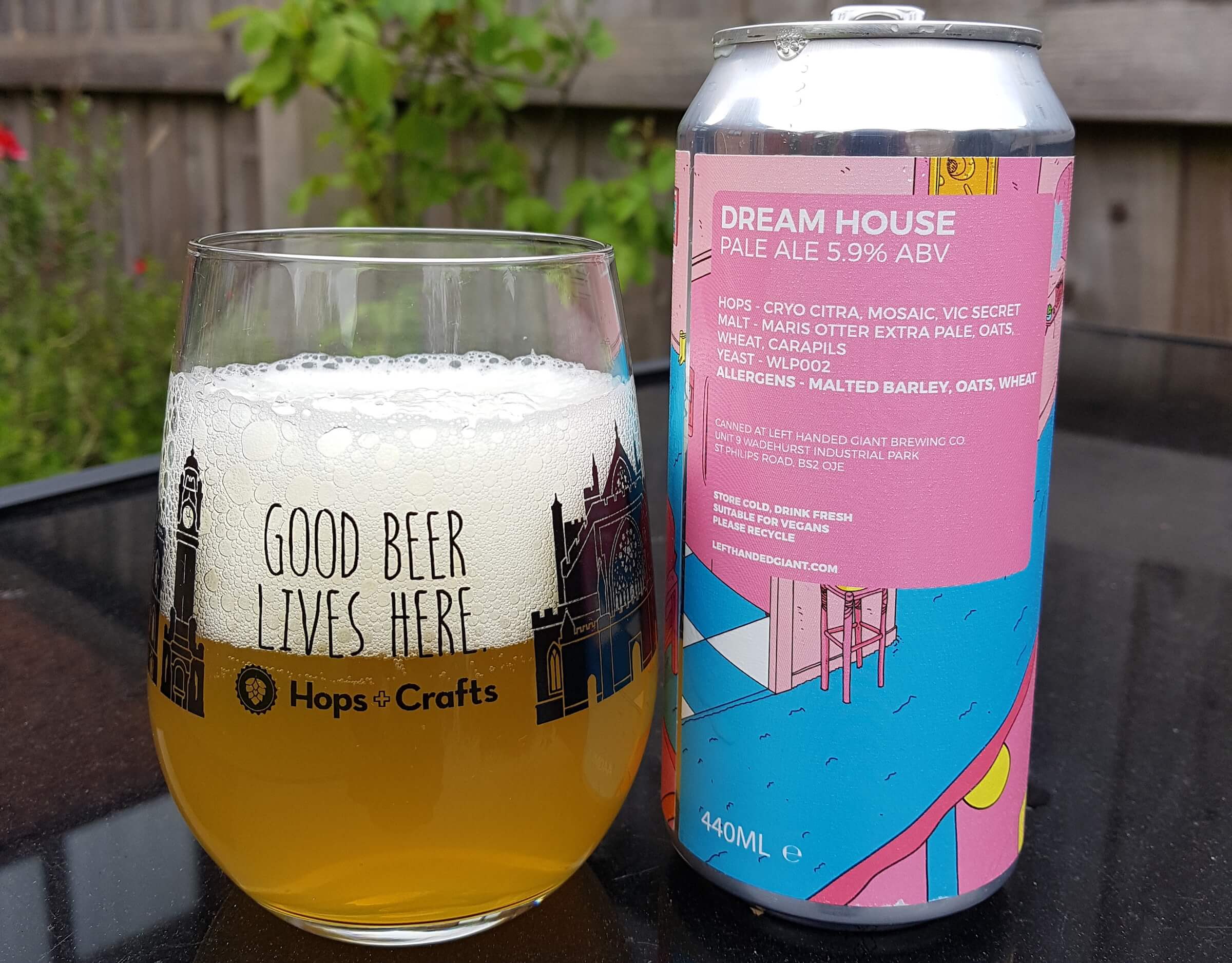 lcohol, Anorexia and Me - How My Eating Disorder Helped Me Find A Passion For Craft Beer

As I approached my 30th birthday I felt the time was right to look back and see how my approach to alcohol had changed. I’ve had a strange relationship with alcohol, one which has gone from love to hate and back again!

“Some questions stand out; why do I enjoy alcohol again and what effect has alcohol had on my mental health issues and recovery?”

My first introduction to alcohol was when I was about 7 or 8; my parents were not big drinkers, my Dad occasionally enjoyed a can of Guinness or Boddingtons whereas Mum would drink a small Martini or Southern Comfort.

During my early teens I could tell the difference between a Stella and a Guinness and that wine was either red, white or rose but that was it. I was 16 before I plucked up the courage to buy a crate of alcohol.  In those days drinking wasn’t focused on quality, it was about buying the cheapest cider or lager you could, normally Strongbow or Fosters. Craft beer didn’t exist in Devon, Brewdog has only just begun brewing and companies like Camden and Magic Rock didn’t exist!

A year later, I went on my first ‘lads’ holiday, the first holiday without parents and the first where alcohol was free and plentiful. As a result in four days I drank anything and everything. I didn’t particularly enjoy anything, and I certainly didn’t enjoy feeling sick and ridiculously hungover.  There is a lot of pressure to do what you think is ‘socially normal’ and when you’re 17, on a ‘lads holiday and away from your parents that sadly is that the more you drink the better time you have.

I don’t know exactly when the link between the amount of alcohol consumed and the amount of fun you had manifested itself; but it was definitely towards the end of my teens. I had been an  unconfident and overweight teenager, I would drink a few pints after the rugby or neck a Jagerbomb or three on a Saturday night, this made me feel invincible.  By drinking the same as everyone around me suddenly I fitted in.

Around this time that I decided I needed to lose some weight. Eat less, exercise more, and lose weight, simple. Well so I thought!

At 19 I moved to Cardiff. University presented another challenge; although I was a much more confident and outgoing individual, I had left all my friends and home comforts in Devon. I had to start afresh. This led to one thing, drinking for the sake of drinking.

I discovered the best way to get yourself into a party was to knock on the door, hold up a bottle and smile. As awful as it sounds it worked and I was in. This exercise was repeated for several weeks, great at the time but looking back, the damage I was doing to myself was immense, the things we do to fit in.

Living away from my family and friends was difficult. I was enjoying the course; the independence and spending time with my small group of friends, however, I was extremely lonely. I had a problem - I was depressed. However I just ignored it and hoped it would go away. My drinking became so awful that I began to add cider to lager, blackcurrant to Guinness and Red Bull to Port.

The focus of beer starts to shift

At this point craft beer was about to explode into the public domain. Camden had just formed and Brewdog opened their first bar in sunny Aberdeen. Pub chains such as Wetherspoons were seeing their customers’ demanding quality and variety not just quantity and rock bottom prices.  The focus was beginning to shift.

“I, however, was still stuck in the downward spiral that had become anorexia. From the outside I was just another 20 year old drinking alcohol and having fun. Inside I was depressed and lonely.”

Luckily; over a period of six months my life had changed, I graduated and secured my first proper job. This gave me a massive sense of pride, for the first time in years I felt I had succeeded at something. I moved to Devon, closer to my family and met Holly; who would become my rock, my best friend and eventually my wife.

One morning, not long after I had moved to Exeter, I remember feeling hopeless, the world was dark and I realised that I could either wake up feeling like this every day or I could do something about it. I got up, booked an appointment at the Doctors and took the first, biggest and hardest step towards recovery.

Over the next two years, with the support of Holly, my parents and a few close friends I gradually became better. I started to enjoy exercise, exercising for pleasure rather than punishment. I learnt to treat food as fuel for my body and I finally began to enjoy life again.

My relationship with alcohol had changed

One side effect however was my relationship with Alcohol.

During the darkest times alcohol had been a release, a way of forgetting the pain of loneliness and the pain of trying to fit in.  I didn’t care what I was drinking or the quality of it, the focus was on the perception of having a good time.

During the first couple of years of recovery I struggled to enjoy any form of alcohol, I use to see drinking as a social requirement rather than a pleasurable activity. I no longer enjoyed alcohol.  Any social situation that I felt was going to involve alcohol became a major anxiety trigger. So much so I briefly considered becoming teetotal.

Then on one night out I tried something called a Transatlantic Pale Ale! I had no idea what this was. The beer in question was Speak Easy by Powderkeg, a small microbrewery just outside Exeter, craft beer at its finest. I still remember my first sip, amazing. The flavours and aromas hit me straight away.  It was light, crisp, and fruity.  Craft beer had just entered my world with a bang and proof, if it was needed that public’s desire for better beer was having an effect.

As my recovery progressed, I found enjoyment and excitement in researching and drinking craft beer. I was finally able to do this without the pressure to drink until my liver ached or drink just to fit in. I also discovered Hops and Crafts, a wonderful craft beer bottle shop in Exeter. I spent the tail end of 2018 experiencing the best that craft beer had to offer. Breweries like Left Handed Giant, North Brew and Verdant changed my outlook forever.

“Left Handed Giants, Woodland Creatures and Dot Matrix were some of the best beer I have ever tasted.”

Drinking became about trying new and exciting brews. Actually tasting and comparing the flavours. I started to understand the process that was involved in getting an idea from a brewers head to a glass.

The dramatic growth of the craft beer scene in the UK has been driven by a passion for quality ingredients and exciting flavours.  A large proportion of the drinking public in the UK are now drinking less, for a variety of reasons. As a result they want to drink better ales and lagers, and are not afraid to pay slightly more for this. Put simply, craft beer is about drinking less, but drinking better.

On reflection, do I feel like I can enjoy alcohol again? Yes, however I have a new found respect and love for it. I no longer drink because I feel pressured to. I drink because I enjoy it and because I appreciate the art and chemistry that has gone into it.

Did alcohol contribute to my mental health issues? Yes, alcohol becomes a coping mechanism, it became something which gave me protection and confidence.  Life is a journey, we all have to take the path that seem right at the time.  I just feel blessed that noticed the path I was on and managed to reroute.

Ironically craft beer actually helped my recovery. Mental health conditions, especially anorexia are crippling and life limiting.  Recovery is different for everyone; some people require hospitalisation, and others find a passion in art or religion.   Before I discovered craft beer I feared alcohol and social situations associated with it. Now I embrace the chance enjoy craft beer and try the latest releases. I have also found I enjoy educating others, In this sense you say that craft beer is my religion, always learning and spreading the message.

I plan to continue on my journey of recovery and discovery. I recently started an Instagram account, @beer2eternity, where I share my craft beer experiences. As well as helping to bring the first craft beer festival to Exeter in collaboration with Topsham Brewery and Exeter Round Table.

“Remember, the devil is in the detail. Drink Less. Drink Better. Drink Craft”