Built into the flanks of Uley Bury on the edge of the Cotswold escarpment lies Uley Brewery, a traditional tower brewery.

It was originally built by Samuel Price in 1833 on the site of the lower village spring outlet. This was during William IV's reign, when Uley was filled with woollen mills, a dusty, thirsty trade with a huge appetite for beer. An 1840's map shows the thirteen beer houses in the village.​Brewing and malting continued under the aegis of the Price family and later the Ayliffe family until the collapse of the woollen mill trade at the end of the 19th century.​

The brew house and cellars went on to have many uses, mostly agricultural but it was also used as kennels until Chas Wright, a local beer wholesaler, was given the opportunity to re-open the brewery in 1984. After a winter of building and re-fitting, with stainless steel vessels designed by him, made locally and still used today, Uley Brewery was ready to open in 1985.

The first Uley pint was poured on the 1st March 1985 in the Red Lion, Arlingham, which still serves Uley beer today.​

At the end of 2018 Chas handed over the reigns to Martin Brooks, who continues to develop the brewery in line with it's traditional heritage.

Amber in colour this beer has hops and fruits in the aroma which combines with maltiness on the tongue to give a bitter, dry finish. 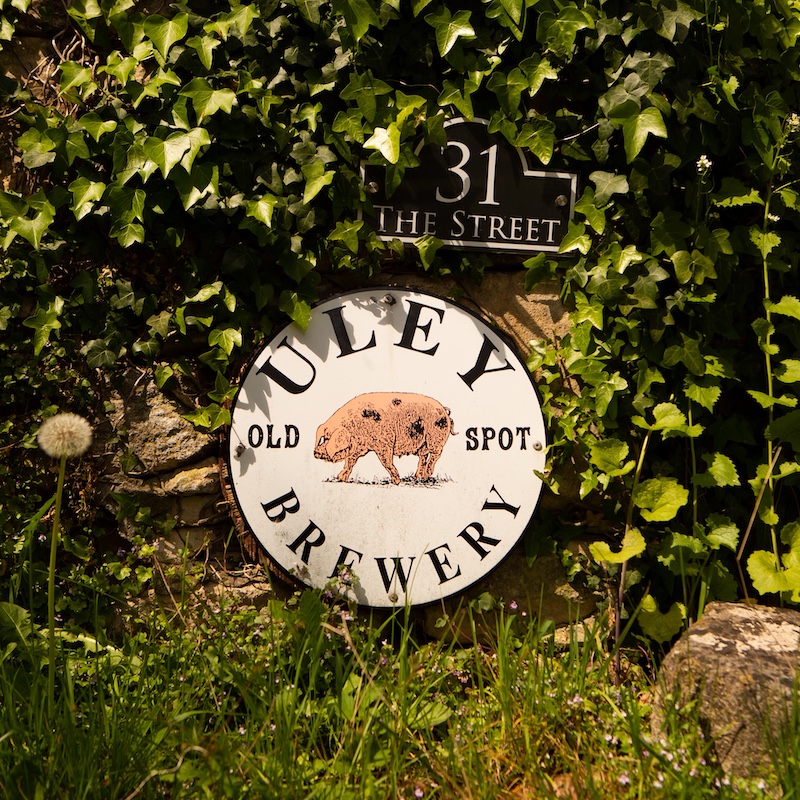