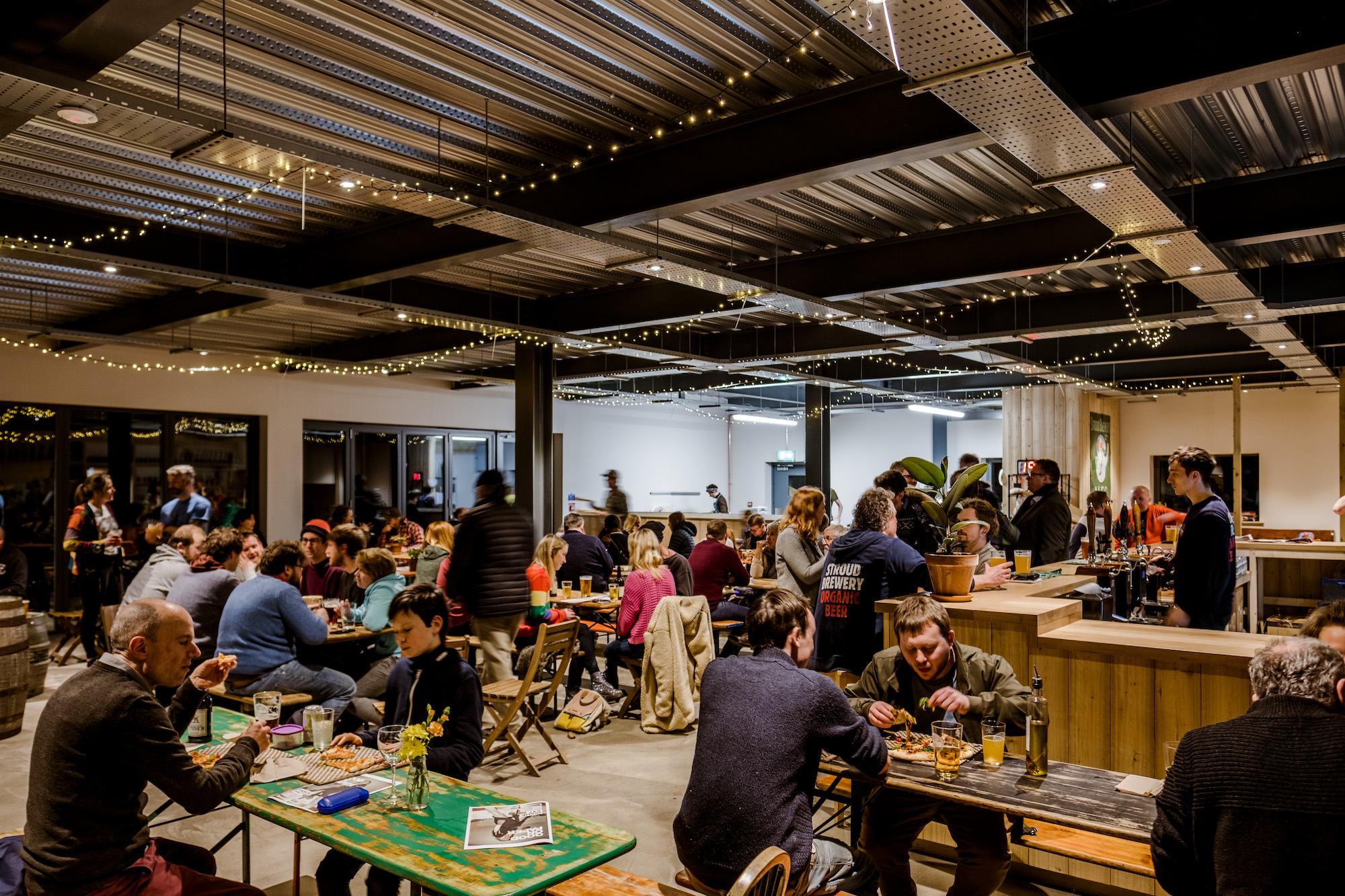 Stroud’s Managing Director Greg Pilley started the brewery in 2006, not only with the aim of producing beer that would engage the palates of beer-lovers, but also with the desire to create a business that would support the local community, the environment and other local enterprises.

Given the amount of awards, all the brewery’s beers are certified organic by the Soil Association, its lively taproom which has become an integral part of the community and sustainable features such as rainwater harvesting to flush toilets and new energy efficient chillers that recover the heat from fermenting beer to heat the bar and offices, it seems that Pilley has succeeded. Oh, and all the beers use Cotswold grown barley which is traditionally malted at Warminster Maltings. The core range of the brewery features pale ales, amber bitters, lagers and stouts, while seasonal and one-off brews are also made throughout the year, including a green-hopped pale ale Brewer’s Garden, which where locals grow hops in their garden to go into the beer.

However, in order to study the full range of Stroud’s beers it pays to make a visit to its taproom

Specifically on a beneficent warm day to just sit in the canal-side beer garden or enjoy the views of the Golden Valley from their first-floor balcony.

The brewery’s best selling pale ale has delicate floral notes on the nose, sweet malt and light citrus before a bittersweet finish. 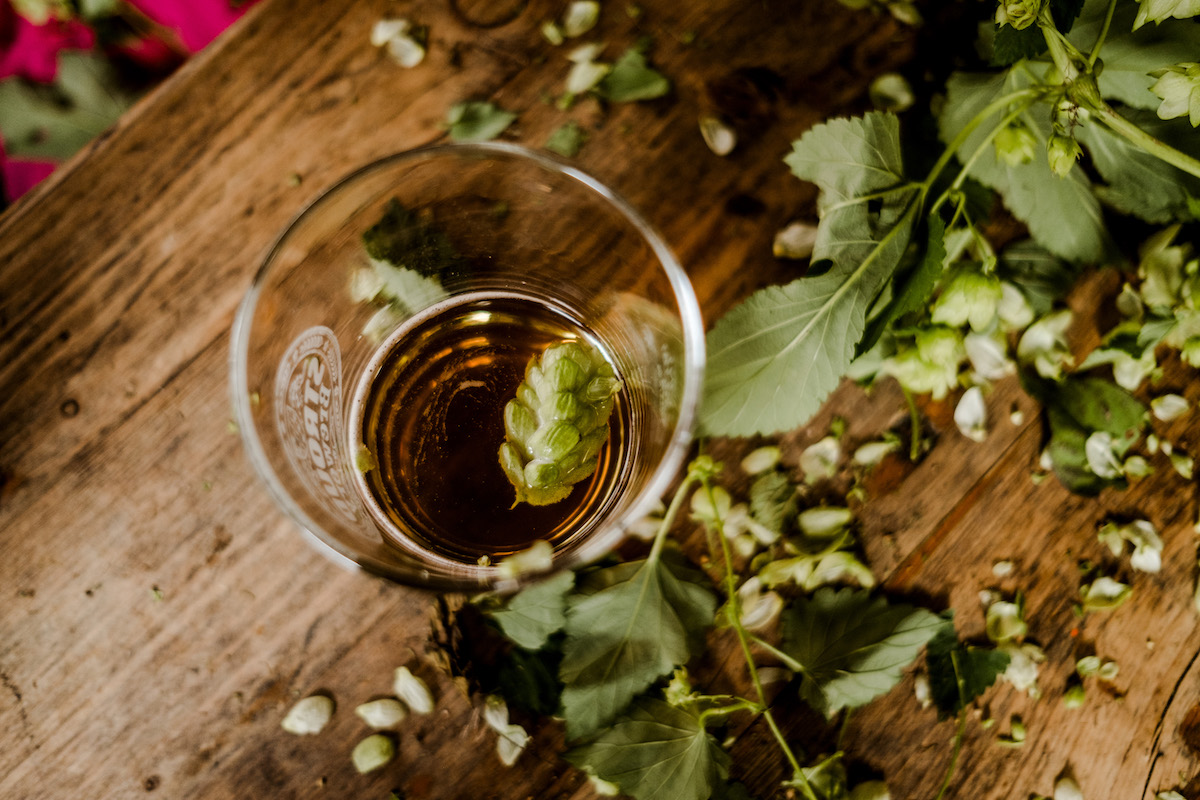