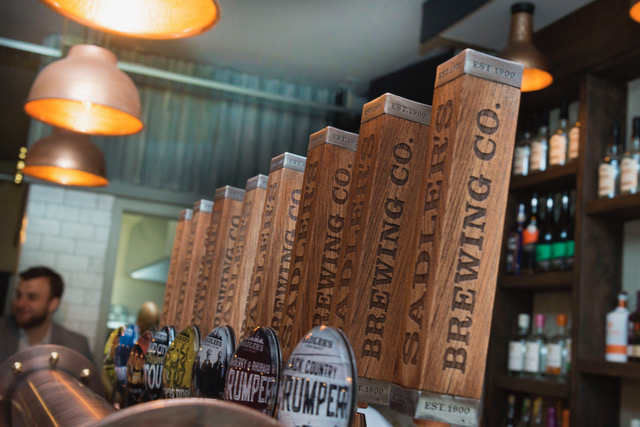 The original Sadler’s Brewery was founded in 1861 and continued until 1927, but in 2004 descendants of the former owners began brewing again and it remains very much a thriving family run craft brewery that supplies its beers to bars, restaurants and shops throughout the region and beyond. ‘Quality and passion are at the heart of everything we do,’ says Chris Sadler, the brewery’s Managing Director. ‘Our highly experienced team produces truly hand-crafted beer and spirits that continue to win the hearts of our loyal customers throughout the country and indeed the world.’

Sadler’s success has helped them to expand extensively so as to be able to cope with increased demand for their beers. There are a couple of different sized breweries on the Lye site, with experimentation enabled by the five-barrel kit, while the 60-barrel one allows larger volume production of the beers, of which a wide variety are produced in cask, keg, bottle and can. These include the popular Peaky Blinder range, which acts as a historical link with the original Sadler’s, a business that ran pubs in and around Birmingham and the Black Country and which members of the Peaky Blinders probably frequented.

Peaky Blinder Pale Ale, 4.3%
Award-winning light-coloured and refreshing pale ale that makes use of English hops and barley. Fruity nose with a gentle fruitiness and bitterness on the palate that leads to an uplifting citrusy finish. 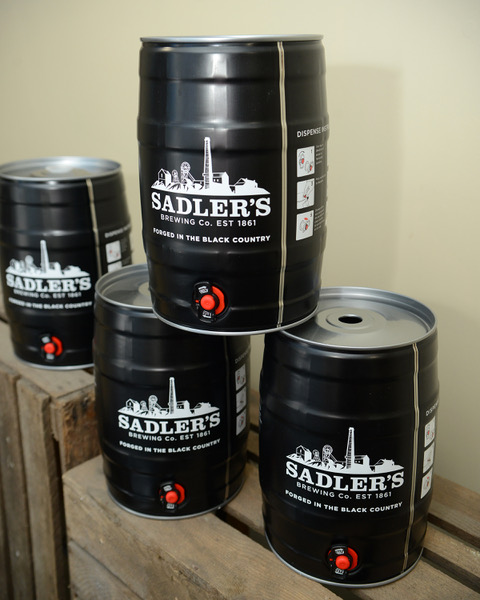