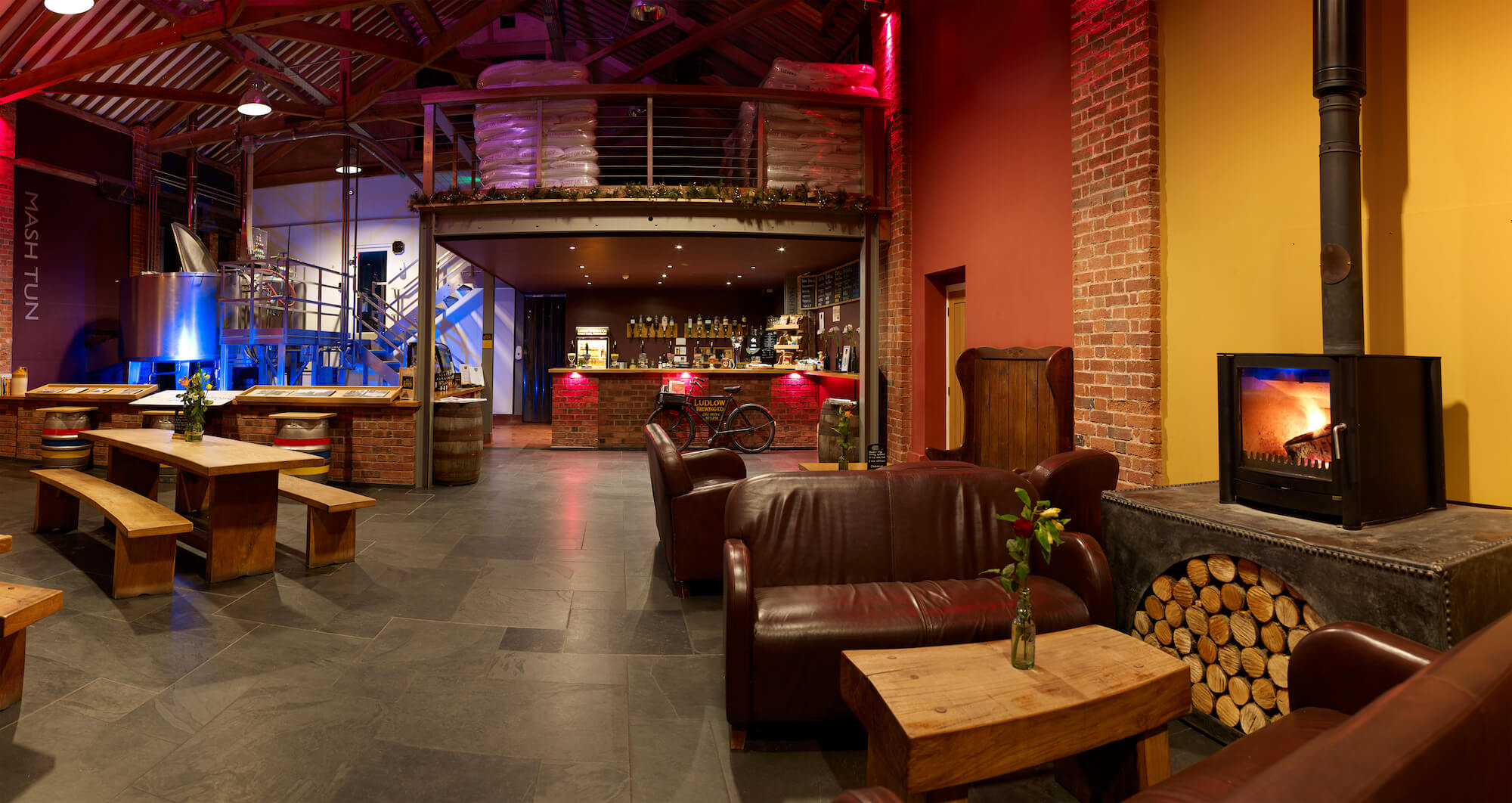 Old and new, modernity and heritage come together at the home of Ludlow Brewery. Located in a converted railway shed that was built in 1857, the brewery has been designed by owners Gary and Alison Walters to limit carbon emissions and be as green as possible. All aspects of the brewing process are recycled: heat is reclaimed to heat underfloor heating, solar panels have been installed, while spent grain and hops are sent for animal feed and local gardeners.

The brewery’s visitor centre and tap is also in the same building, where the full range of Ludlow’s beers can be sampled, in the company of the brewery’s gleaming stainless steel equipment, which can produce up to one and a half million pints annually. Such was the effort, innovation and passion that went into the conversion of the railway shed into a brewery and tap, that in 2011 Ludlow Brewery was awarded the Ludlow Heritage Award. With the renovation having been judged to be exemplary in terms of preserving and enhancing the character, through the use of both modern and ancient building materials. It also stated that the high quality craftsmanship upholded the best traditions of construction in the town. Given that Ludlow is perhaps one of the best preserved and architecturally soothing towns in England, this was high praise indeed.

Ludlow Gold, 4.2%
Ludlow’s best-selling beer is a rich, gold in colour, with tropical fruit on the nose and palate, a creamy mouth feel followed by a bittersweet finish. ‘A great easy-drinking session ale that keeps you wanting more!’ 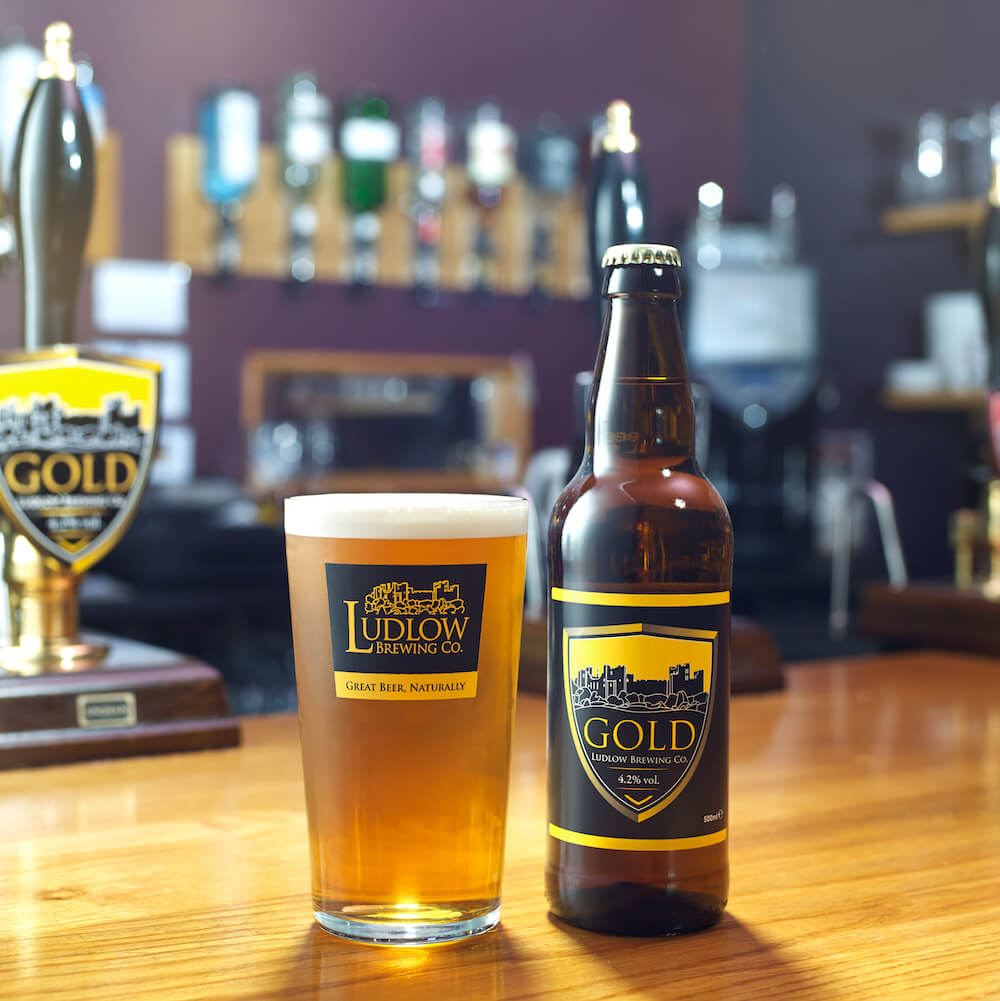 HomeDiscoverShopBlogJoinAboutContact
Copyright © 2020 The Brewery Bible a brand created with 🧡  by Altum Media.