Situated just off the West coast of Scotland the Isle of Arran is arguably one of the most beautiful and dramatic islands in Europe. The splendour and diversity of the landscape has led it to be considered by many as Scotland in miniature. Nestled between the islands largest mountain, Goatfell, and the imposing Brodick Castle lies Arran Brewery which has been brewing award winning craft beer for over two decades.

Combining the art of traditional brewing methods with the island’s unique water and only the finest natural ingredients the brewery produces a wide range of beers and ales to suit every palette.

In August 2020 Arran Brewery came under the reigns of new Head Brewer, Craig Laurie, who has brought new ideas to the brewery along with a desire to push the brewery to greater heights of quality and improved standards.

Previously winner of a Bronze award 2012 and a Silver 2010 at the annual International Beer Challenges. Nose: Floral hop and new mown grass aroma. Palate: Citric fruit with a well balanced finish with good hop character. Comments: A pale golden beer, clear tasting in a continental style. Please try the following food/beer pairings. You may be pleasantly surprised at how well these go together! Foods need to be delicate such as smoked salmon; smoked eel; poached salmon; roast chicken; lemon chicken; roast garlic and roast vegetables; salads; fish. also: milder cheeses such as chevre and cream cheeses, quiche scallops and lobster. 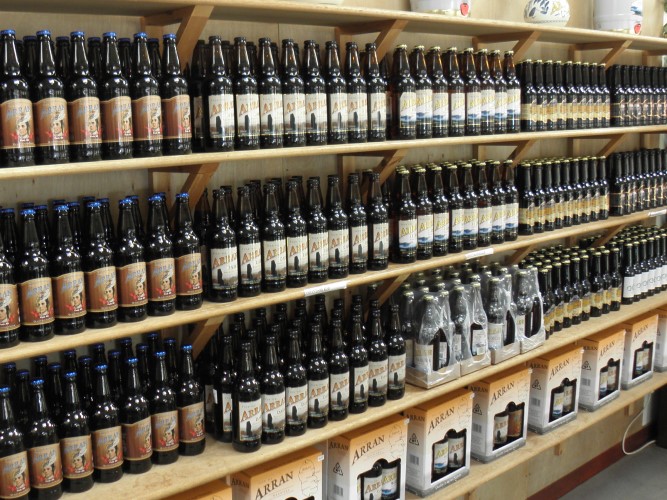