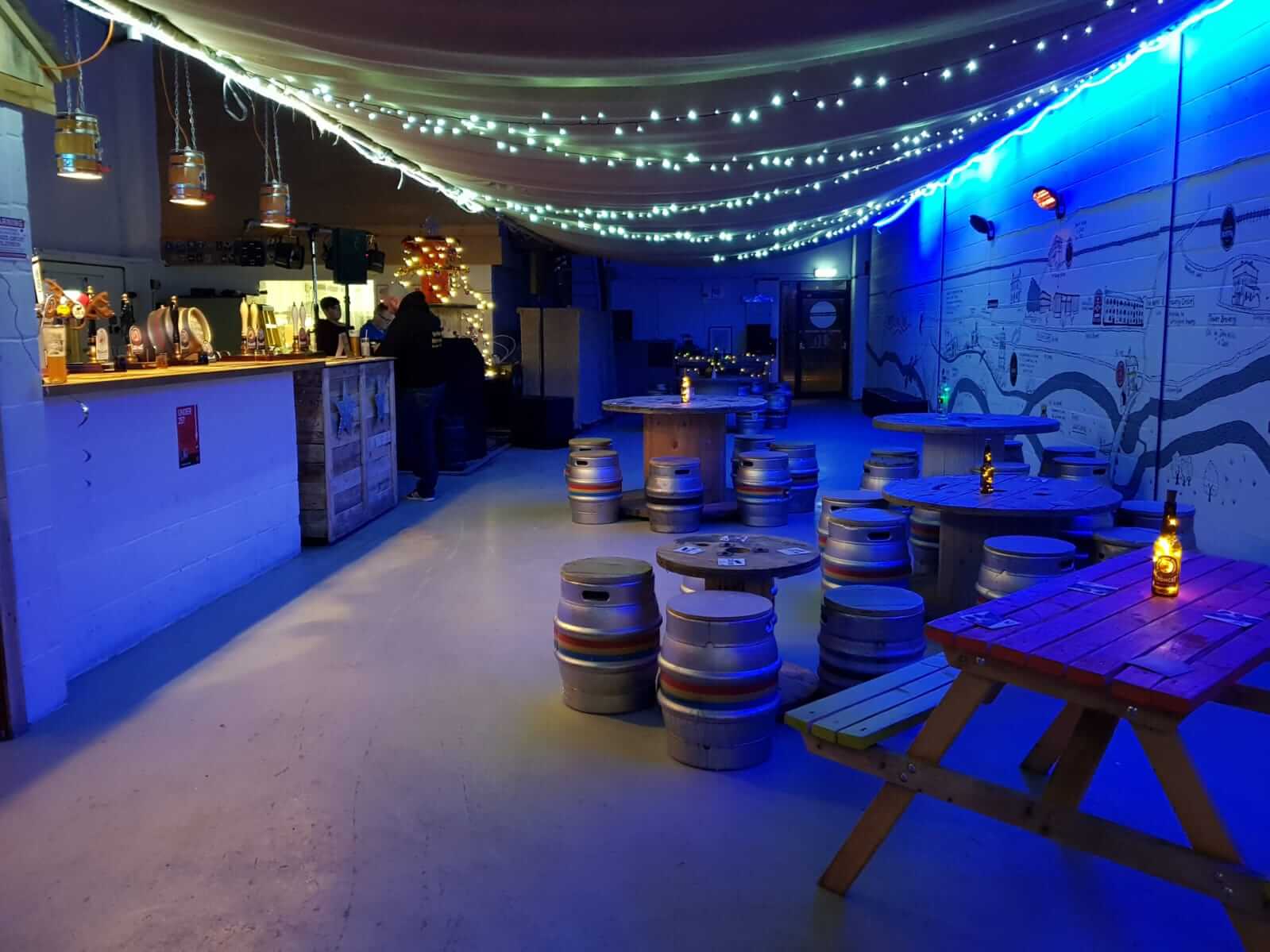 It goes without saying that beer is a major currency in Burton, a rich seam to be tapped, especially helped by its history and the extraordinary water below the town that countless brewing generations have made their own. Burton Town Brewery is one of the latest beneficiaries of this blessed position, a six-barrel microbrewery whose roots have their roots in traditional cask beers, though new releases take inspiration from the best of beers and ingredients around the world.

It also goes without saying that, in the equally best traditions of modern breweries, Burton Town has its own tap-room, a roomy modern, elemental-like (bare brick and plenty of wood) space with the brewery at one end. Across one of the walls, with a great awareness of the town’s place in the history of beer, there runs a mural depicting the history of brewing in the town. So you can drink deeply of beers such as Modwena and Burton IPA, while learning about how the two turned out the way did. Very educational. And given that Burton Albion FC is a short walk away, if you’re on the way to the match why not pop in for a pint of Albion and hope that your side win.

Kölsch, 4.5%
This is a firm all-year-round favourite and a version of the famous Cologne beer. Made to a traditional recipe, it has three German malts and selected noble hops that make it both malty and refreshing. 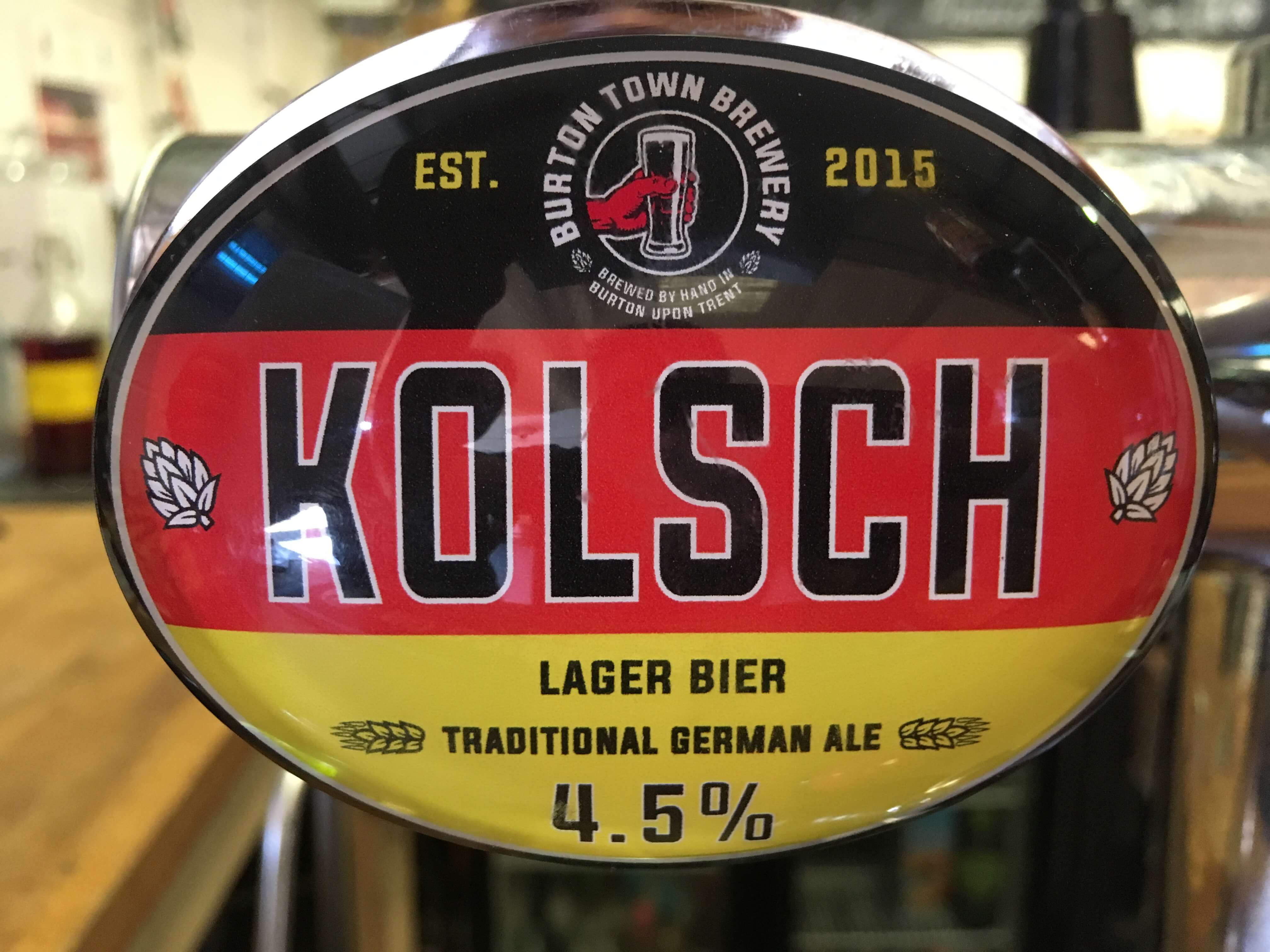