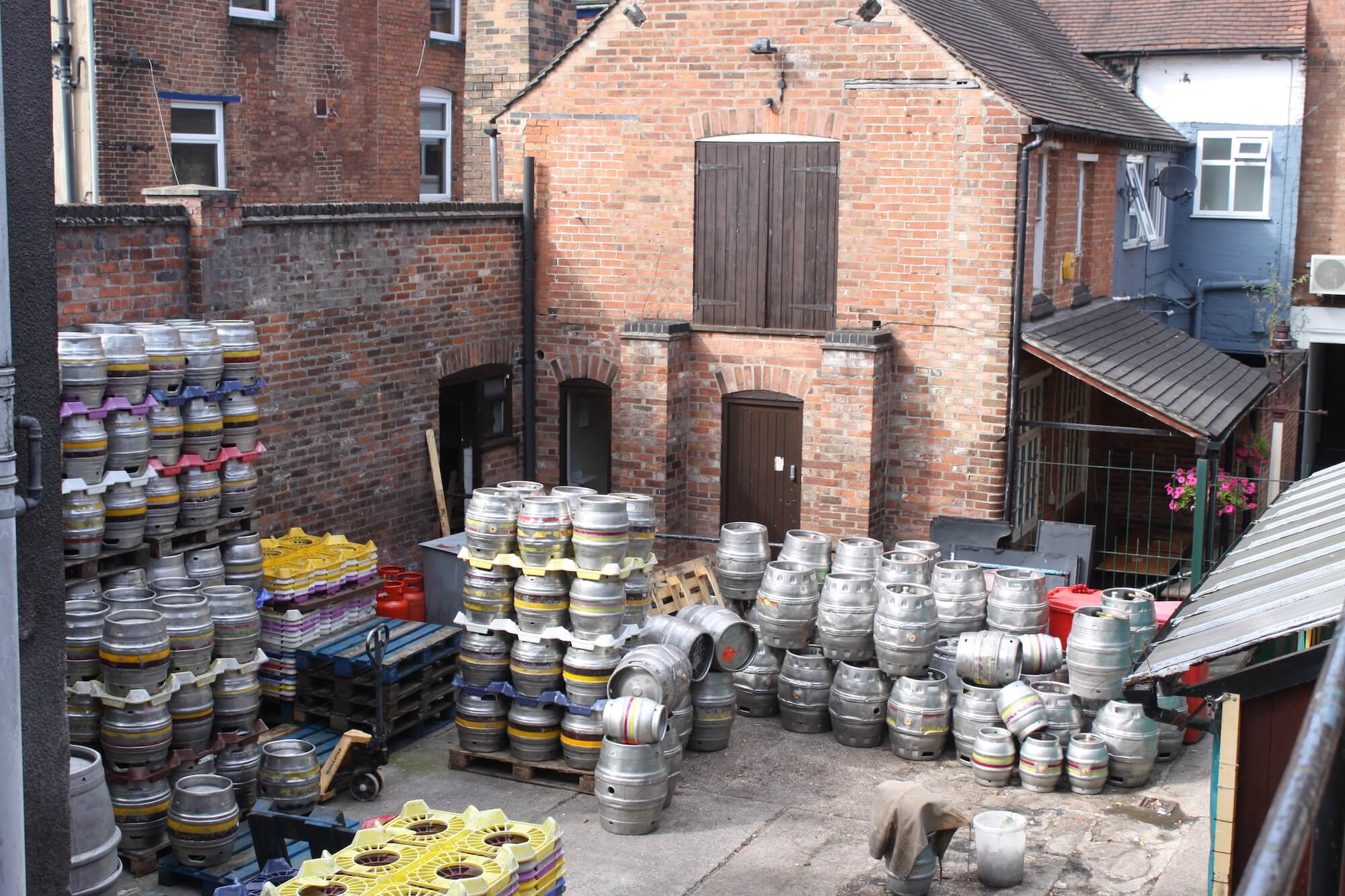 It’s hard to escape the past in Burton-upon-Trent: walking towards the brewery and its glorious tap, the Burton Bridge Inn (pg. XX), the brewing heritage of the town is omnipresent. Plaques and signs commemorate long lost breweries and maltings, while the massive conditioning tanks of Molson-Coors (full of Carling) dominate the route.

Like Molson-Coors, Burton Bridge Brewery is very much of the here and now, even if it is one of the oldest survivors of the first micro-brewery boom of the late 1970s and early 1980s, having been set up in 1982 by Geoff Mumford and Bruce Wilkinson, who had both worked in the brewing industry (incidentally it was the 200th brewery to open in Burton since monks started originally making ale at the Abbey centuries before).

‘As the years have progressed,’ says Mumford, ‘our beer range has increased considerably, mainly due to our pioneering production of porters, golden ales and stouts. We can now take beer drinkers on a tasteful journey from golden sunlight through sparkling amber ales into midnight black porter and stouts.’

Take the time to visit the brewery’s inn (once a malt house in the early 1800s), with its traditional interior, old scenes of Burton breweries on the wall and a sense of community — and most importantly drink Burton Bridge’s fine beers and get a sense of their importance to Burton.

Bridge Bitter, 4.2%
This is a classic Burton-style beer with a gentle aroma of malt and fruit giving a good balanced start that finishes with a robust hop mouthful.