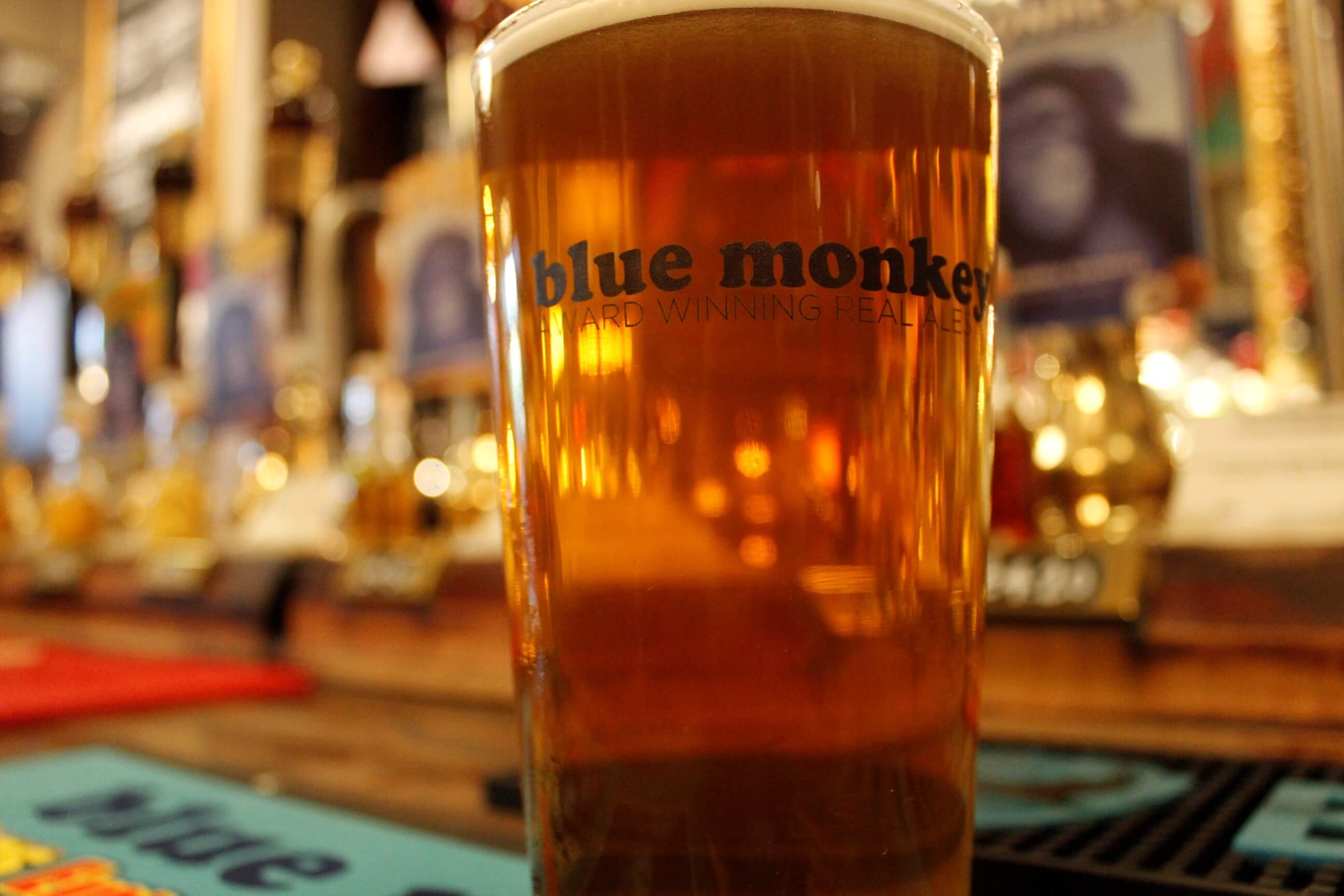 Eleven years have passed since Blue Monkey was founded in the town of Ilkeston, with its name coming from the iron works that used to be based in the town — when the furnaces used to be fired up, two blue flames used to appear and reach towards the sky, which were nicknamed by the locals as ‘blue monkeys’. There’s a further link: the grandfather of the founder used to work at the foundry making the brewery’s name a tender memorial to the now sadly departed man.

The aim of the brewery is simple: ‘We aim to brew exceptional beers for beer drinking enthusiasts and newcomers alike and have a selection of quirky named beers to excite the customer and delight the drinker. We have a fresh yet traditional approach to our customers creating brews which appeal to all ages.’

Seven regular beers, including the multi-award winning pale ale BG Sips, the luscious stout Guerilla and the well-hopped strong pale ale Ape Ale, are produced, while there are also seasonal and special brews. The brewery also has four comfortable and popular pubs, which are branded the Organ Grinder (pg. XX); these can be found in Nottingham, Loughborough, Newark and Arnold, while there is also a mobile bar. As if this wasn’t enough, Blue Monkey also have several Blue Monkey gins in different flavours.

Infinity IPA, 4.6%
Massive amounts of the classic hop Citra are added to this glittering golden ale, giving it a big boost of tropical fruit on the nose and palate, alongside a dry bittersweet finish. Champion golden ale of Great Britain in 2017. 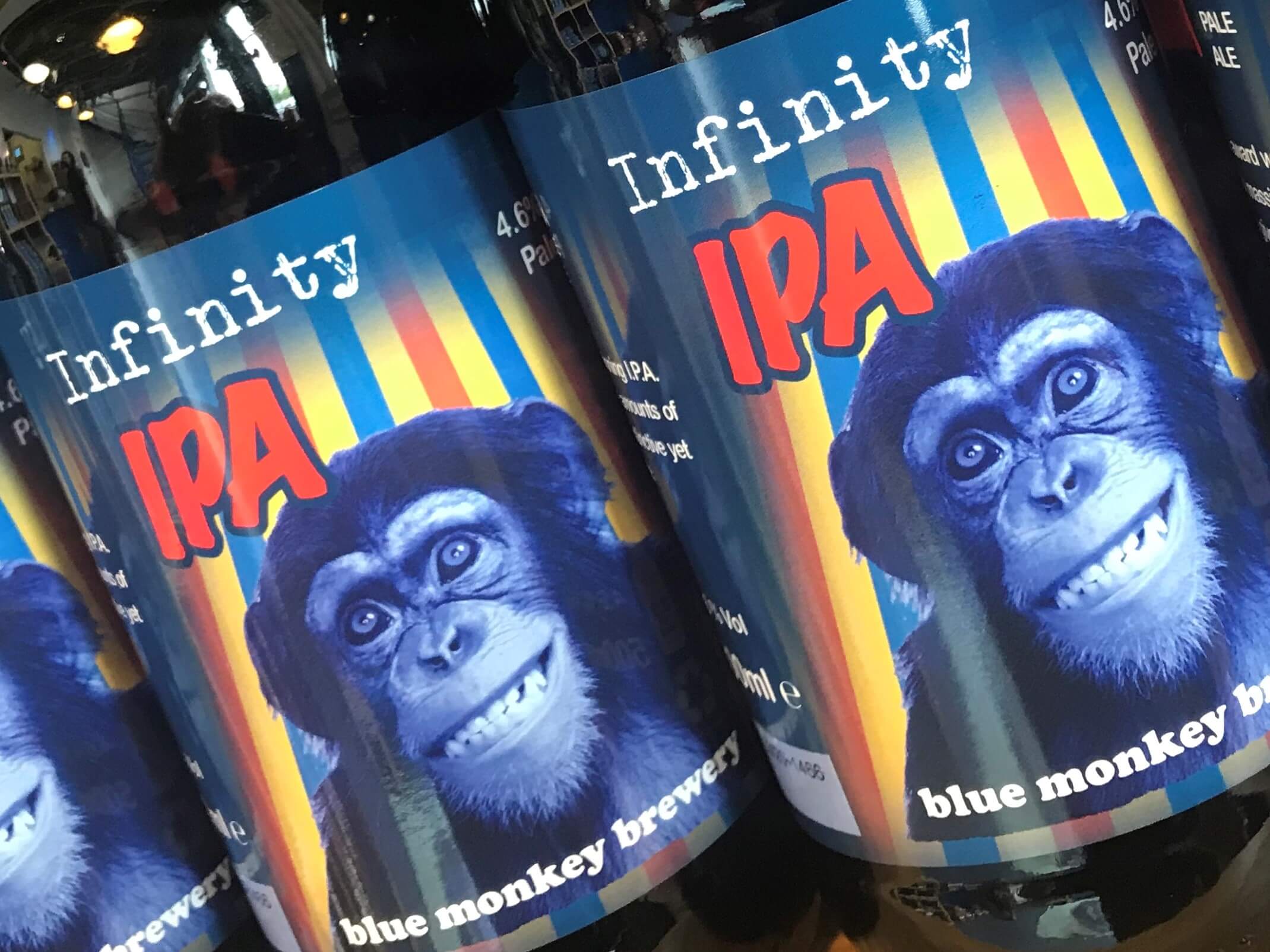