It is here where beer-lovers can go at weekends and indulge themselves in Attic’s tap list, which is a mixture of beer styles that are often neglected by British breweries (think Hefeweiss, Vienna Lager for starters) and more modern favourites. There are second hand sofas on which to lounge, a street food truck outside and children and dogs are welcome. ‘Our taproom is an updated take on the traditional “local”,’ says Sam, ‘acting as a meeting place for locals and travelling beer fans alike. We're committed to using beer to promote community and social interaction.’ Investment in brewing equipment has also meant that Attic’s beers can now be found in the on-trade, while there are plans for a barrel ageing program and beers packaged in cans. 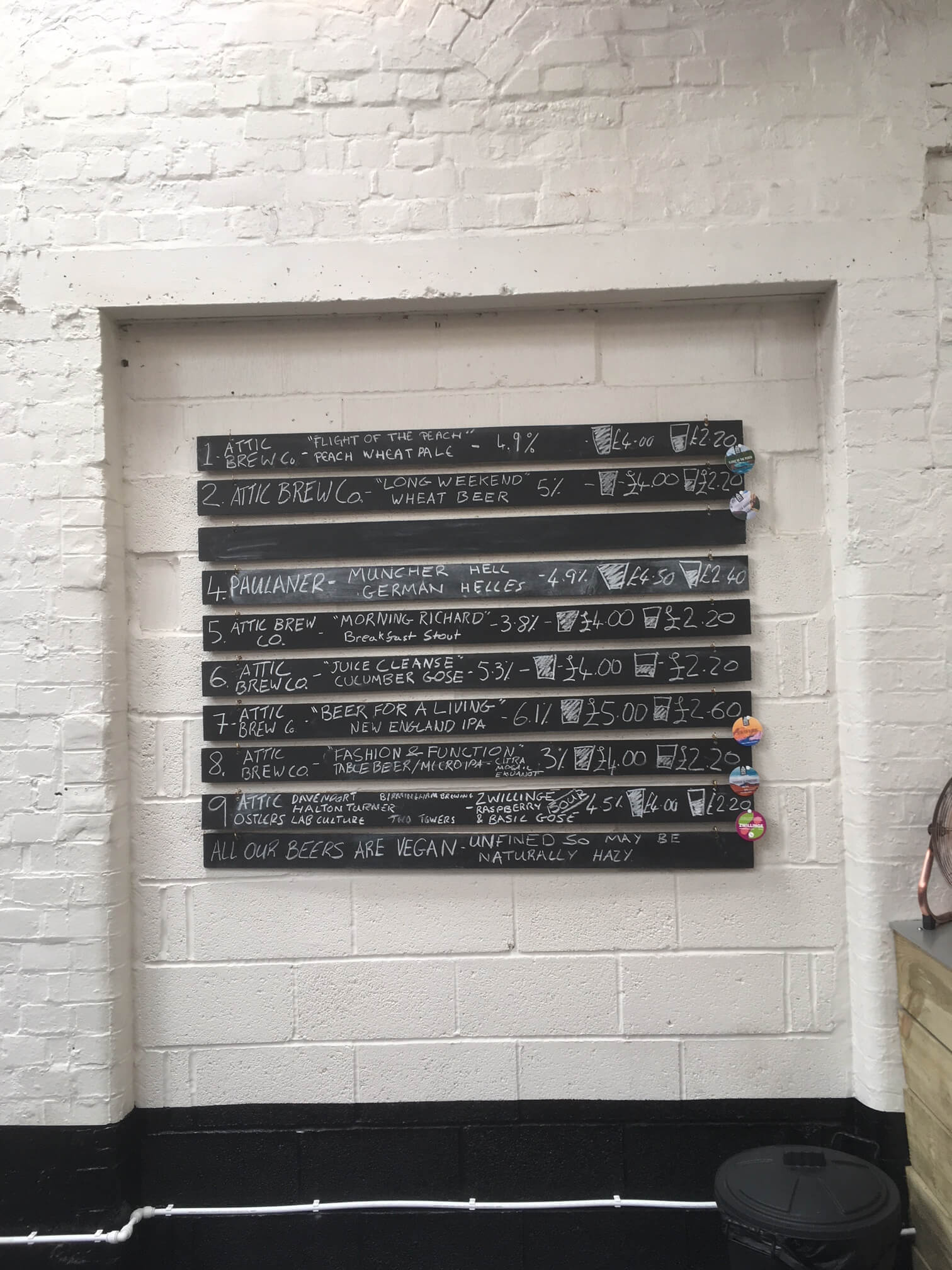